Music on Mull and Iona

Every type of music can be heard on Mull and Iona, from traditional to classical and contemporary, in a variety of venues throughout the islands. Keep checking our events listings to be sure you don’t miss what’s on.

The Gaelic culture on Mull and Iona is very evident on the islands. The Mull Gaelic Choir (Còisir Ghàidhlig an Eilein Mhuilich) performs at local events such as ceilidhs, and regularly at Duart Castle and the Mishnish Pub in Tobermory. The choir competes at the national Mòd (Chairperson Janet McDonald is a gold medal winner) and at the local Mòd in Tobermory in September every year. The local Mòd (Mòd Ionadach na Dreòlluinn) encourages the use and development of the Gaelic language and music through solo, choral, oral and instrumental competitions. Local residents and visitors alike love to hear the ancient and modern Gaelic songs and bàrdachd (poetry) and hearing Gaelic in conversation throughout the town. Fèis Mhuile (Mull Festival) holds an annual Fèis each February for young people, ending with a ceilidh in Bunessan with the Fèis Mhuile tutors performing.

Bagpipe music has strong connections to the Gaelic culture of the islands. The Mull and Iona Pipe Band can be heard playing at Duart Castle, major events, ceilidhs, village shows, Highland games and community parades all over the islands. Their own annual ceilidh on Iona in July is a local highlight. Tobermory High School also has its own pipe band which performs at the annual Salen Show and other events.

A classical music treat is the Mendelssohn on Mull Festival, a week of music-making, concentrating on string chamber music. It was conceived in 1988 by the violinist Leonard Friedman as a musical pilgrimage in commemoration of Felix Mendelssohn’s visit to Mull and Fingal’s Cave on Staffa in 1829. The visit inspired Mendelssohn’s famous concert overture “The Hebrides”. The music is provided by young musicians at the start of their professional careers, mentored by established professional musicians. Audiences are welcome to a programme of 10 events taking place in town and village halls throughout Mull and in Iona Abbey.

There is also a lively folk and contemporary music scene on Mull. The Mull Music Festival takes place in Tobermory in the second week of April each year featuring folk and ceilidh bands performing in the bars and hotels. On the first weekend of July the Isle of Iona plays host to a fabulous line up of local and national musical talent. A concert takes place in the village hall on the Friday with musicians performing on small stages throughout the village on the Saturday, before returning to the hall for the evening concert and the grand ceilidh finale.

An Tobar in Tobermory is an outstanding arts venue for a regular programme of musical performances. While there, you can browse an exhibition in the galleries and try their delicious menu in the café. The pubs and community halls on Mull and Iona are regular venues for visiting and local musicians’ performances, often spontaneous. To be sure not to miss out, keep an eye on our events listings.

There are several well-known musicians with strong links to Mull, who can on occasion be found performing on the islands, so here are few names to watch out for. Tidelines keyboard player Ross Wilson’s links to the Ross of Mull has influenced the band’s decision to establish a recording studio in Bunessan, where his family have a history of performing traditional music. Colin MacIntyre is from a family of storytellers on Mull. He has released 8 albums to date, under the name Mull Historical Society.  Alasdair Whyte is highly respected for his original music and song compositions, particularly in Gaelic. Brought up on Mull within a family of musicians and singers Alasdair won the men’s gold medal at the National Mòd in 2006 aged 19. Debbie Armour was brought up on Mull and works primarily with traditional song in her project, Burd Ellen. A founder member of acapella group Green Ribbons, she has appeared in major festivals. Mull-based Sorren Maclean & Hannah Fisher work as solo artists, as a duo and alongside Scottish bands and singers such as Idlewild, Mull Historical Society, King Creosote, Dougie MacLean and Roddy Woomble. Gordon Maclean, Music Director at Tobermory’s An Tobar, has played in bands with Dougie Maclean, King Creosote, Iain Morrison and The Grit Orchestra. For a band for a ceilidh or party, have a look at two-person bands based on Mull, Who Shrunk the Pianist and The Mimi Ceilidh Band. 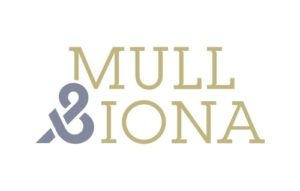 Stay up to date with news, updates and guides for the islands of Mull and Iona